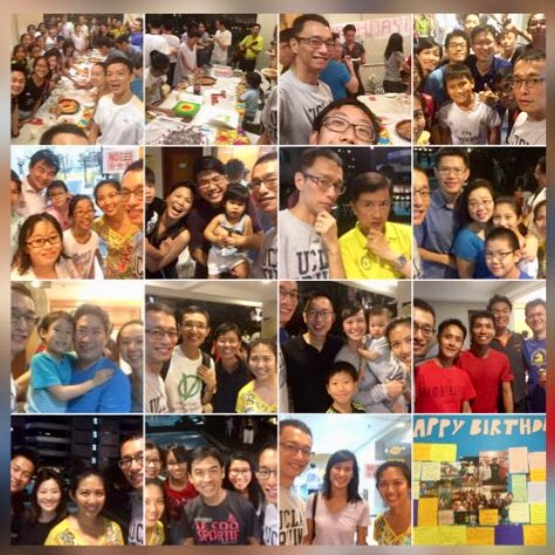 We are born with the ability to run even though not all of us are into running. Most of us dislike running as it is perceived as hard, unproductive, time-wasting, boring, monotonous, uncool, dangerous, etc. In fact, I never really had too much of encouragement from my family in running.  They did not stop me but various family members had expressed some not-so-supportive sentiments and comments when I was running during my high school years.

Mind you, I grew up with a houseful of ladies (mother and three elder sisters) excluding my father. I understand we have different temperaments. By the way, the common saying is – men are from Mars and women are from Venus, so we have differences in life- C’est la vie.

The biggest reason why I ran as a kid was because I found I was not talented in many things. Trust me, I tried my fair share of table-tennis, swimming, sprints, soccer and I found the only thing I had a chance to be good in was running longer distances. I noticed that almost nobody wanted to do it and I was marginally better than the others when a run covered a longer distance. Deep down, maybe just like any other boys, I wanted to be good at something, anything.

I did fairly well in running as a school boy. The year before my high school matriculation, I was recruited to join the best track club in Hong Kong – the Concord Athletic Club (CAC). However, when I had a choice between hitting the books and running, both intrinsic and extrinsic factors drove me to extremely focus on one but not the other. I had to do the best I could in the academic curriculum so that I could secure a better probability of making a living. I had nothing to fall back on as my family was kind enough not to provide that, which I am deeply grateful for.

After gaining entrance into dental school, I had a little more freedom in my choice of life. However, I was too busy hitting books to ensure my survival in dental school. Maybe I was like many lucky kids in my shoes – my parents stopped nagging after we managed to get into university professional-level training.

The moment I was admitted into dental school, my eldest sister, Jennifer, advised me to join a university dormitory. My home was only 4km from the medical faculty, where we spent 99% of our first year, and home was only about 6km from the dental school. It would be a hard case to justify to the university that I have a ‘need’ to stay in a dorm as there were more deserving students whose homes were far away from the campus. Jennifer told me that it was way more fun to stay in the dorm, and that if I could show them that I had a few interschool athletic medals, they would love to have me as part of the dorm.

I did not follow through with her advice. I did not dare to try – not because I feared rejection but because I was worried that I had used up all my good luck coupons getting into dental school. Thus flunking out would had been catastrophic (to me and my family as I would be a liability to them)! I ended up running for the dormitories as an affiliated member and managed to earn some points for their inter-hall championship. In addition, I also ran for the university and the dental faculty – I had a lot of fun doing so until I left for my new life in Chicago in 1990.

Up until 1996 I had no running life – I was not in shape at all. In Toronto, as we had a good six months of winter, outdoor activities were a little hard. I ran a little more when we moved to a condominium in 2001, where I discovered this thing called a treadmill, which allowed me to do some running occasionally in the winter. However, one time before I headed out to run on a warm summer weekend afternoon, my wife, Moon, told me to write our home phone number on my hand, ‘so that someone may notify me if you are found unconscious on the street’.

I never really had people cheer for me when I was running as a kid anyways, so I never questioned her kind gesture. I know that it was her way of showing love as a spouse…

It was only until 2014 when my wife got my family start to regular running training in Singapore. After covering many kilometres with a nice village of runners, I got back into the groove and did some reasonable runs. Kampong is the word for village in Malay, one of the four official languages in Singapore. Our village of runners is also known as the ‘Kampong Runners’.

All of the inhabitants of our running Kampong have their own reasons to run. Some just want to run all the major marathons in order to see the world and some just want to run so that they can enjoy their food better. Together, our Kampong has a few runners at or close to the national level and there are few great school runners too. We are a lucky bunch who get constant inspiration from one another and we can discuss any topic under the sun from nutrients to apparel to shoes discount to career advice.

Running all over the place is hard, right? I never wanted to run marathons all over the world. I always remember this story from the Aesop’s fables 600BC, which I read when I was 12. In the story a lioness and doe were drinking from a river. The doe bragged about how talented the deer group was at making babies. The lioness calmly said: ‘Quality comes before quantity’.

I have firmly endorsed the ‘quality first’ idea since then. Nevertheless, I understand that if this exchange really had happened, then there is high certainty that the two of them were probably quite far apart, or else it could have quickly turned into a picnic by the side of the river.

Well, after close to 5 years and a few attempts, I have finally manage to go under 3hours covering the distance of a 42.2km marathon in Gold Coast, Australia. In general, I love to be on time but sometimes I run late because I am a slow learner.

It is not about being fast. It is about being able to stay in the game slowly but surely.

Now, my kids run, my wife runs. I am proud of having a running family living among the Kampong Runners. I feel safer running in the Kampong 🙂