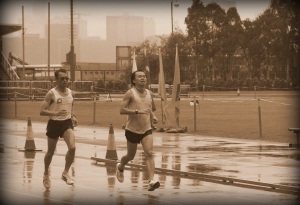 We all have lost something in our life before, right? Maybe a pencil, a favorite book, or a few dollars here and there…

Have you ever lost your wallet before? Until a few a days ago, I had NEVER lost my wallet except for the one time someone deliberately stole my wallet at the medical library when I was in first year dental school in Hong Kong.

Traditionally, people who carry a ‘Doctor’ title are respected because usually only the more driven and/or academically gifted/talented end up in health science. However, my early experience with the theft incident in dental school taught me that there is probably a limited correlation between academic ability and criminal intentions, regardless of who it is. I sincerely hope that person who took my wallet managed to stop that interesting hobby/habit by now.

A few days ago, I was in Hong Kong for a very short trip – my annual 5000m run in the Sports Day of my Alma Mater, St Louis School. My typical itinerary was to fly off to Hong Kong the night before the race, run in the morning of the Sports Day, and then fly back after the event is wrapped up. Call it rushed but I don’t think it was crazy as I saw a few of my old friends running in the same event and they did the same thing, except that they reached the stadium by ground transportation.

This time I touched down in Hong Kong late at night. I took the airport express train to town, followed by a taxi as usual. After I had hopped off the taxi, I had a quick late dinner with my cousin Dr. Mike Cheng, who is an accomplished Geriatrician (doctor specializing in the aged population). After I took a shower at his place and was ready to settle in bed, I received a message on my phone that my wallet was with the Police Headquarters in Wanchai, Hong Kong. After a quick frantic check, it was confirmed that I lost my ‘Hong Kong wallet’.

As I visit Hong Kong rather often, I have a dedicated wallet for Hong Kong, so that I don’t need to re-pack my Hong Kong currency and other cards every time. In other words, I have a different ‘Singapore wallet’ for my everyday life in Singapore.

I must have dropped the Hong Kong Wallet when I was on the taxi because I was rearranging my belongings on the taxi!! 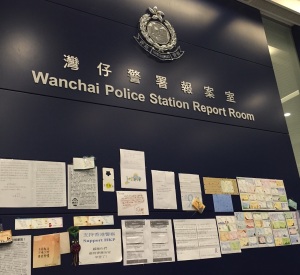 On the phone, the policeman in-charge of the case told me he had cancelled the credit card and the ATM card in the wallet, just in case someone has messed around with it. I liked that. He even gave me the number of the bank card center so that I could deal with the bank directly to reissue new cards. That is PUBLIC SERVICE!! No sweat, no rush.

It happened that the Hong Kong Police Headquarters was about 1km from the place where we had our 5000m run. Thus I arranged to pick up the wallet from the station the first thing in the morning before the run. It turned out to be a rather smooth event.

I showed up at the police HQ at about 7:30am, and there were only me and two young policemen there in their sharp uniforms. One of them checked my passport, made me sign two simple forms and then he promptly passed me two sealed plastic bags with the cards all sealed nicely inside. He stopped me when I was almost dashed out of the station. As I was wondering why, he went to his back office and returned with a Stanley knife, which he used to meticulously cut open the bags. He gave the cards back to me one by one.

While this was happening, an older gentleman walked in and reported that someone had picked his pocket at a subway station. The policeman and I chatted a little and he reassured me (with a sense of pride) that the crime rate had been falling. However there were more politically related nuisances… I think he probably was referring to the recent two-month long ‘Occupy Central’ protests in Hong Kong where thousands of people protested on the street in the downtown area.

That was the moment that I noticed a big collection of thank you cards to the Hong Kong police on the wall behind him. All in all, I was extremely impressed by the service I received.

A professional taxi driver’s income is certainly proportional to the time spent on the road covering the distance with passengers in his car. Someone asked me how come the taxi driver bothered to go out of his way to bring my wallet to the police station? Exactly why, I don’t know as I do not know his name or how to contact him. However, I know that the taxi driver was a guy in his 30s and we were discussing the route to my dinner place that night when I reached Hong Kong. I am grateful.

Through our conversation, he shared with me his issues with some unreasonable passengers (10% of the time) and the impact of ‘Occupy Central’ protest on his life. During that 20 minute ride, I guess we hit it off well enough…

The moral of this story: There is None.  Just be nice.