I had a few short trips in the previous month. One of the trips was to meet up with a few friends in Fukuoka, Japan, where we exchanged a few ideas on life.

Moon and I always look forward to such trips as we always find it enriching and we get to try out various good stuffs. Ritsuko did a fantastic job in organising the trip and we are very grateful for her effort and time. 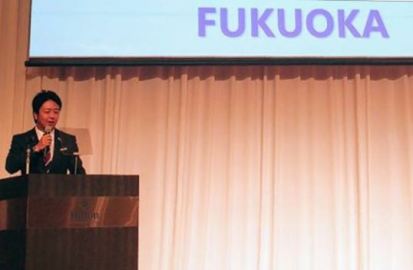 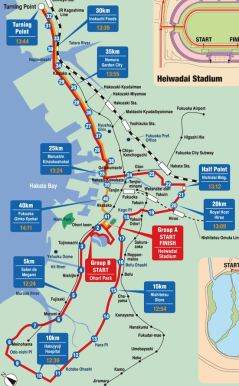 In 1981, a world best time of 2’08’18 was run there by an Australian named Rob de Castella. The exact same time was subsequently run twice more by two other marathoners at the Fukuoka Marathon. The Fukuoka Marathon course is flat and fast but unlike, for example the Berlin Marathon, the Fukuoka marathon has not been well known as only about 3000 runners take part in it annually. This is simply because in order to take part in the run, one has to have a sub-2’35 full marathon standard. The fact is, as of 2017, less than a handful of runners in Singapore and Hong Kong come close to that mark!

In one of our meet ups this time, I chatted with a handsome young man. Mr Sushi is a successful but humble person. He has created a very famous technology company in Japan with his own blood and sweat. In our conversation, he said he was expecting his second kid and he was looking forward to move to bigger home. So I asked him what would be the size of his next home. He said his family is currently staying in a 900 sq foot, two bedroom apartment and he is looking forward to upgrade to a 3 bedroom.

Remember Mr Sushi is a VERY successful young man (did I say handsome?) but he is living much much below his means with no domestic helper(s), a sharp contrast with many of my friends and family.

I was intrigued and wondered why he choose to live such a frugal life. I knew he could afford the world. When I asked him further, he said calmly, “A family is a community. A community needs communication. Without communications, a big home is just big.”

You wanna hear wisdom. Get Sushi.

One thought on “Big is just Big”