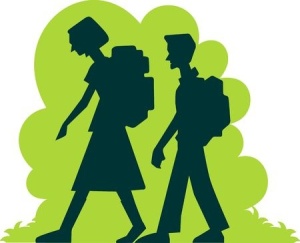 I grew up with three elder sisters. They went to a girls school and I went to boys school. During our early years, we all went to schools that were close to our home. The two schools were only about two kilometers away and it took a very short time to reach our destination on foot. The logic was simple: Convenience.

My family lived where we lived in Hong Kong also because of the same logic – It was close to my father’s work place. The location was economical and we all saved a lot of time going back and forth every day throughout the years. As a bonus, we could also have a glimpse of the sea in between the buildings.

When my wife and I arrived in Singapore, we had a very young family. We had little idea of how the country worked so we used the same logic – we lived near my office. This way I could spend more time to support my wife and help out with the kids as needed. Also, I could easily arrive at the Accident and Emergency (A&E) department 24 hours a day, 7 days a week. A 10-minute walk was what it took and driving a vehicle was out of the equation, which did not only make financial sense to me. Most importantly, it was very economical with the most precious commodity – Time.

By the time our kids grew bigger, we decided to live either close to their school or my work place. The logic was the same – either the kids or I spent time to travel on the road on a daily basis. It would be counterproductive if both parties had to spend time on the road a lot as a result of us living far from our daily destinations.

My wife was smart (as usual) and she found a good school near my work place and she picked a home that is less than 4km from my work while the kids’ school was about 600 meters from our home. For me to reach work is only a speedy ride on public transportation. Apparently, the families of a few of my daughters’ schoolmates came to the similar conclusion as we did. Every morning we saw numerous parents bringing their kids to school but two families in particular, caught my attention.

One of the families also had two girls in the school and they were always brought to school by their mom. Interestingly, of the three ladies walking to school, the mother was the one who ALWAYS pulled along a school bag! One of the two girls was always hand free. The girls were in the school uniforms and they had grown as tall as their mom but the mother had been the coolie all these years… They did have a sophisticated system – the mother pulled the girls’ bags on alternate days so that one of the girls would be free while mommy was always laboring. Very fair indeed…

We also see another family with their school girl when my wife and I return from our morning school walk. This family is constantly on the frantic lookout for taxis because that is time when school has already started. Remember I mentioned that we live less than 600 meters from the school? This family is always trying to get a taxi ride to the school knowing the distance was so close. All right, it is a little bit of an uphill walk but it certainly is no strenuous hike. We hardly break a sweat when we walk up the hill. Singapore is rather flat anyway and we love it that way.

I know it only cost a few dollars for the taxi fare but I would like to know the resulting value. Was it an issue about the weight of the school bag? I can honestly say that my kids’ school bags are not light but they are not so heavy that carrying the bag would be bone breaking. The kids only have to bear with the weight for a relatively short time daily. Weight bearing exercises are now known to be beneficial to our bones density, thanks to a few 21st century scientific studies.

By the way, before this scientific breakthrough, the idea was championed by my grandmother who was born in 1900 in a small village in southern China! Even though my great grandfather was a teacher/scholar but clearly, my late grandmother had a very off-the-scale scientific mind, which showed up as just her common sense.

I am not trying to be sentimental and backward looking. I am just wondering, what about the next generation?